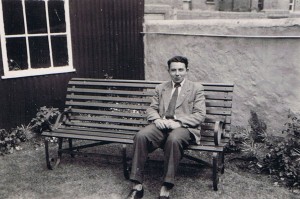 Robert John (Bob) Hunter was born in rural Meath in 1938 and was educated at Wesley College and Trinity College, Dublin. After graduation in 1960, he began research on the Ulster Plantation in the counties of Armagh and Cavan, 1608–41. This interest in the Plantation, and early modern Irish history generally, was to dominate his life.

In 1963 he was appointed Assistant Lecturer in History at Magee College, thus beginning an association with the city of Derry/Londonderry that was to continue for the rest of his life. The creation of what was to become the University of Ulster also saw him teaching regularly in Coleraine. Through his meticulous research, he developed an encyclopaedic knowledge of his subject, traversing such themes as the development of towns, the role of the English planters, the history of trade and migration and the intellectual and cultural life of Ulster more generally.

Though his untimely death in 2007 was to cut short his ambitions for further writing, he was nevertheless to leave behind more than thirty articles, essays, reviews, etc., which were the result of painstaking study conducted with a careful eye for detail and relevance.