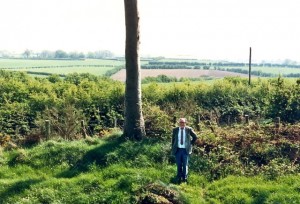 Bob Hunter in a rural setting

Bob Hunter was known for telling great stories, many of them against himself; his friends and colleagues revelled in his ability to make light of setbacks, and find the humour in almost any situation. As John Morrill comments in his introduction to Bob’s collected essays:

He was a man with a deep sense of la comédie humaine and the ironies of human life. He could be a curmudgeon. He was a wry observer of his own paranoia. He was a man to whom things happened which were slightly sad and very funny, and he could turn any minor tragedy into a major source of laughter.

This section of the website offers anecdotes, some based on Bob’s own experiences, and those of the people who knew him and who shared the joke with him.